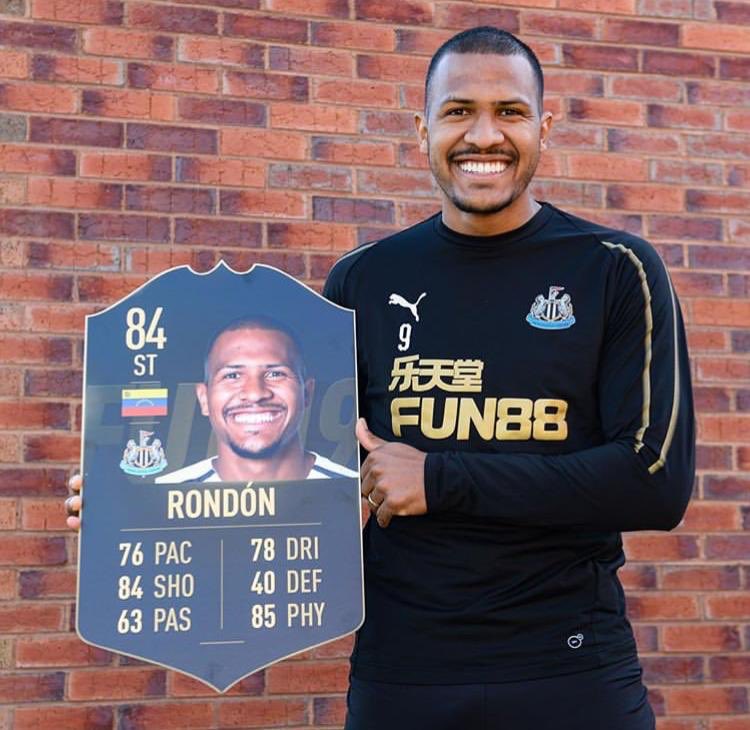 Rondon initially struggled to adapt to the Magpies’ style of play but as the season has progressed, he has become more influential which has impressed the club’s faithful. Speaking on TalkSPORT, Holloway was full of praise for the former St Zenit Petersburg man and said that he did not realise ‘how good he was’, he quipped: “I think it’s amazing the forward line they’ve got now, obviously with Matt [Ritchie] putting some service in. But I think the signing of Rondon, I didn’t realise how good he was.”

Meanwhile, Magpies teammate Matt Ritchie was also available on the same debate show and the midfielder spoke about the character and goal scoring prowess of the marksman, he stated: “He has been fantastic, great character, not only that but his goals, he is priceless really erm he has been fantastic since the day he walked in the door. He had a few knocks when he walked through the door but he has come in the team and has given us a target to hit.”

Newcastle have been lying at the bottom end of the standings for the entirety of the season but they have recently built up a five-match winning streak at home which sees them seven points away from the relegation places. The Magpies recently faced Bournemouth on the road at the weekend where they played out an exciting 2-2 draw.Bournemouth appeared on course to celebrate a 2-1 triumph at the Vitality Stadium but Ritchie shattered their prospects with a dramatic 94th-minute leveller.